My experiences with Boyd Law were stupendous through and through. These people know their craft and walk the extra mile for you...Highly recommend.

One of the most complicated and emotionally taxing phases of a divorce can involve child custody. The Courts of California aim for the best interests of the child. Today, neither parent has an advantage over the other when seeking legal custody; the best interest of the children is the deciding factor. At Boyd Law, our San Diego child custody lawyers help individuals in need of family law services resolve their complex family law issues at hand.

If you think you may need legal representation in a child custody case, contact the experienced San Diego child custody attorneys at our firm for a consultation.

How Is Child Custody Determined in California?

One of the most emotionally wrenching aspects of a divorce and ending your marriage is the possibility that you will no longer live full time with your children. Child custody disputes can be terribly painful for parents and children alike. Although there was a time when custody of minor children was automatically given to the mother, that has changed.

Deciding on the best child custody arrangement is complicated and requires an in-depth analysis of the relationships among family members. If both parents are equally involved in parenting, in many cases, a court will award them joint physical custody. If not, the court will look at which parent is more actively involved in the children’s day-to-day lives, and will determine if the current child custody situation is working. A San Diego child custody attorney can help you navigate this complicated process.

What Is the Difference Between Physical and Legal Custody?

Child custody is a complicated legal matter in family law that is broken down into two types: physical and legal custody. In California, a judge may award one or both types to either parent. Both parents can have physical and legal custody (the most common scenario), or one parent may only have one type of custody over a child. Learn the difference between the two to fully understand your rights as a parent after a divorce case.

Physical custody refers to the child physically spending his or her time with a parent after a divorce. A parent with physical custody has the right to spend in-person time with a child at his or her home. There are two types of physical custody awarded in San Diego: sole and joint. Sole custody is when only one parent has custodial rights. Joint custody describes shared custody between both parents.

Joint physical custody is more common than sole custody. The type of joint custody arrangement will depend on the case. The law generally acknowledges the best situation for a child is to divide time evenly between both parents; however, if a 50/50 split is not possible or convenient for a family, a judge might order a different type of division. One parent may have physical custody for the weekends, for example, while the other has custody during the week.

Legal custody in California refers to a parent’s right to make important legal decisions for a child. These are decisions regarding health care, education, religion, discipline and insurance. In most custody cases, both parents retain legal custody over shared children. If, however, one parent has behaved in a way that shows he or she should not bear legal custody, a judge may temporarily or permanently take it away.

If one parent has sole physical custody, that may be the only parent with legal custody as well. However, this is not always the case. If two parents share legal custody but cannot agree on a major life decision for a child, they will have to attend mediation to reach an agreement. Some cases may even go before a judge if the parents cannot agree.

When Is Sole Child Custody Awarded in San Diego, CA?

Sole custody means only one parent receives child custody in a divorce case. The other parent will not have any custodial rights. Sole custody is not a common arrangement in San Diego County as family law generally holds that a child is better off remaining in contact with both parents after a divorce. However, a judge in California may award sole custody if the circumstances point to this being what is in the best interest of the child. For example, if one parent:

Remember, you and your spouse have the option of sharing custody by creating your own parenting plan before the matter goes to a judge. If you and your spouse can agree on a shared custody agreement, a judge will most likely sign off on it, unless an investigation finds a reason to deny custody to one parent. If you cannot agree, the matter will go to court. This will come with the chance of a judge ordering a sole custody arrangement.

What Factors are Considered When California Courts Determine Child Custody?

In order to determine the type of legal custody arrangement that will be most beneficial to a child, courts consider multiple factors, including these:

If the divorcing parents can’t agree on a child custody arrangement, the court will order them to work with a Family Court Services Mediator, who will be examine the family situation in detail and then make custody recommendations.

If after mediation the parents still cannot resolve the issues of the custody dispute, they can request a court hearing, which may involve an evaluation by a psychologist, psychiatrist, or other family relations professional. Because of the high cost of these proceedings, it is usually preferable for the divorcing parents to enter mediation with a positive attitude and commitment to resolving the conflict. Being represented by a San Diego family law attorney with superior negotiating skills can help immensely.

What Can Cause the Removal of Child Custody or the Termination of Parental Rights in California?

In California, it is possible for the family courts to remove child custody from a parent in certain situations. The removal of child custody, or termination of parental rights, is reserved for severe changes in circumstances. In general, a child custody order is considered final. If there has been a substantial change in circumstances that affect the best interest of the child, however, the courts may decide that it is most appropriate to terminate a parent’s custodial rights.

Examples of circumstances that could lead to the removal of child custody in California include:

If it is brought to the court’s attention by the other parent, Child Protective Services or someone else that a parent with custody is endangering the child or the circumstances have changed in a way that could negatively impact the child’s welfare, the courts may decide to remove child custody temporarily or permanently. This may result in the removal of the parent’s legal and/or physical custody rights, as well as visitation.

Who Can Bring a Child Abandonment Case?

The other parent – the ex-spouse of the custodial parent – has the right to bring a child abandonment case in California. Other parties that can bring this type of motion according to California Family Code Section 7820 are the child’s grandparent, stepparent, adult sibling, or any adult who has taken over the custody or care of the child due to abandonment. The child in question must be under the age of 18 to bring a child abandonment case.

If you notice that your ex-spouse has failed to exercise his or her parental rights or provide financial support in at least a year, you can file a motion to have your ex’s parental right terminated. You or your lawyer must establish that your ex has provided no financial support, has had no meaningful contact with your child for more than a year and has the intent to abandon the child. A successful case against your ex will result in the loss of his or her custodial rights in the future. 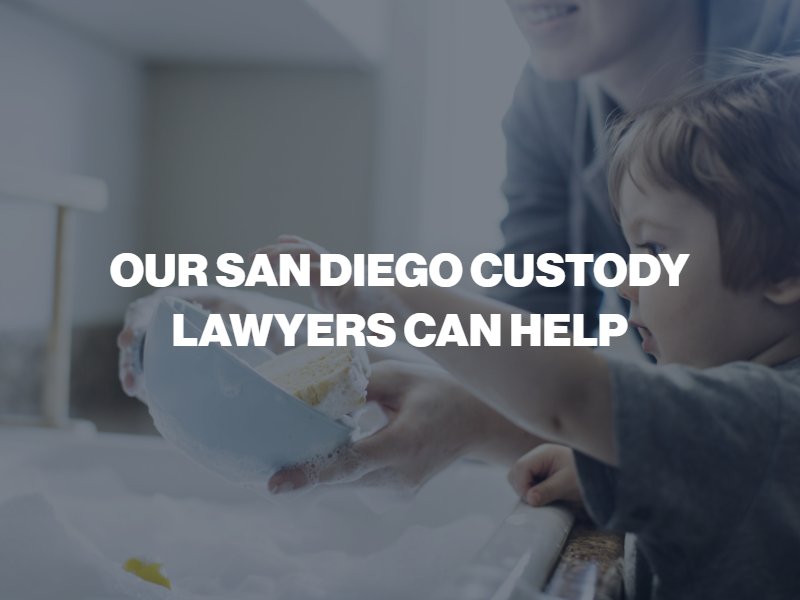 Can Child Custody Be Restored Once It’s Lost?

If you’ve lost custody of your child in California, it may be possible to have this right reinstated by the courts. This is a challenging endeavor that will most likely require assistance from a family law attorney. In California, the reinstatement of parental rights is possible after three years have passed from the original date of the termination, unless it is determined earlier that the child most likely will not be adopted. Once the time requirement has passed, the parent who lost his custodial rights may petition the courts for reinstatement.

The court that originally terminated the parent’s rights will review the request for reinstatement to identify the basis for the claim. The petitioning parent must show that he or she has a factual basis for the request, such as a significant improvement in his or her circumstances from the date of the termination. If the child is under the age of 12, the courts must also determine if reinstating the parent’s custody rights is in the child’s best interest. If you wish to file a petition to restore your custodial rights in California, hire a child custody lawyer for assistance, as this is a difficult type of case.

At the Boyd Law Firm in San Diego, we are passionately concerned with making the divorce process as easy for the children as possible. Our experienced San Diego family law attorneys and staff, along with our investigators, forensic accountants, family relations professionals, mental health experts, and trained staff will help you determine the best solution for your unique family situation, with the best interests of your children in mind. To learn more about how we can help you resolve issues surrounding San Diego divorce, child custody orders, visitation, and support cases, call Boyd Law today to arrange a complimentary consultation.

How Can We Help You?

* ALL FIELDS ARE REQUIRED

To protect you from COVID-19, we are offering a quick & easy remote intake process. Click here to learn more.